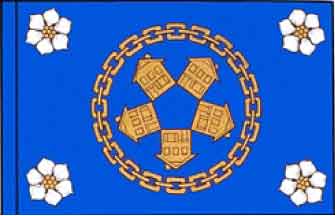 image contributed by Phil Nelson, 29 April 2006 from a report by Valentin Poposki
image from: Union of British Columbia Municipalities

The UBCM was formed to provide a common voice for local government and this role is as important today as it was 100 years ago. The UBCM reflects the truth in the old adages "strength in numbers" and "united we stand - divided we fall".

Convention continues to be the main forum for UBCM policy-making. It provides an opportunity for local governments of all sizes and from all areas of the province to come together, share their experiences and take a united position.

Positions developed by members are carried to other orders of government and other organizations involved in local affairs. Policy implementation activities have expanded from annual presentations to Cabinet to UBCM involvement in intergovernmental committees, regular meetings with Ministers and contact on a daily basis with senior government.

Also available is the letter patent issued on September 15, 2005 for the flag from the Chief Herald Robert Watt along with the official blazon (Azure five houses conjoined at their bases encircled by a chain Or between four dogwood flowers Argent; seeded Or) and the presentation speech (pdf) from September 29, 2005.

Symbolism of the flag: Blue represents the seas, rivers, lakes and the mountains of British Columbia. Gold symbolizes wealth of the communities. The house facades refer to the five divisions of the Union. The chain represents the strength of all the communities acting together for the common good through the organization. The dogwood flowers refer to the provincial outreach of the Union.
Phil Nelson, 29 April 2006