The canton was formed on 15 October 1820.
The flag and the coat of arms are shown as drawings on a PDF document available on the website of the Association of Ecuadorian Municipalities: The flag is shown as horizontally divided green-red-green.
Translation of the text from <www.geocities.com/clgonza> (defunct - located by Olivier Touzeau, 4 March 2003): "The flag of Jipijapa has its origin in 1910, when a foreign fishing company attempted to take the control of the Salango island, then part of Jipijapa; the inhabitants all demonstrated againt this claim and the Society of the Workers "Parrales and Guale" hoisted the green-red-green flag. The flag was then used traditionally until officially declared the flag of the Canton of Jipijapa on 8 January 1965." The municipal website's symbols page tells the same story.
Photographs taken in July 2008 confirms that the flag of Jipijapa as horizontally divided green-red-green, with the same 1:2 proportions as the national and provincial flags.
Ivan Sache, 15 October 2008 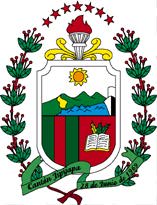