The Harari People's National Region State is one of nine ethnic divisions (kililoch) in Ethiopia and is the homeland of the Harari ethnic group.  It is the smallest administrative division in the country covering 374km2 with its capital at Harar.   It is completely surrounded by the Oromiya State.
Bruce Berry, 12 Jan 2011

Wikipedia shows a flag for Harari as being a horizontal tricolour of unequal stripes of white, red, white, green and white, with the state emblem in the centre if the middle white stripe.  The middle white stripe is double the width of the red and green stripes above and below it, which in turn are double the width of the outer white stripes.  No details on the symbolism or dates of adoption are given.
Jaume Ollé, 22 Oct 2000 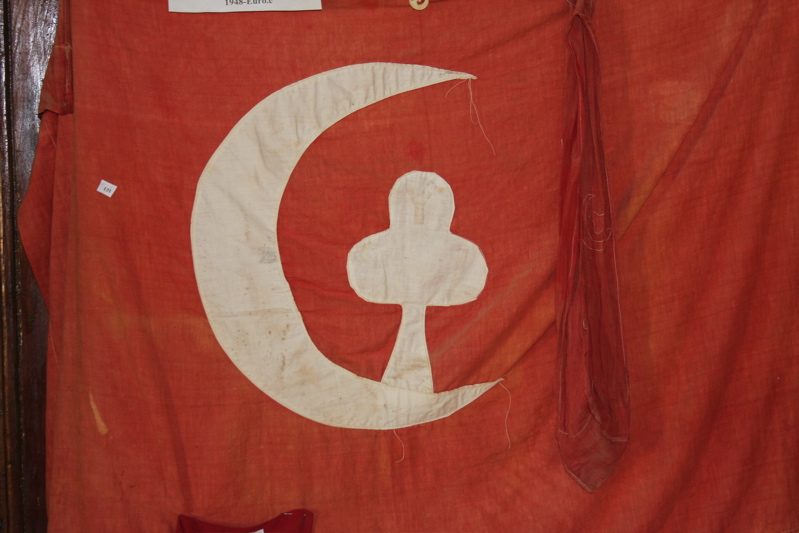 Here is the photo of the flag of the historical state of Harar in Ethiopia  as shown here.
Valentin Poposki, 08 July 2011