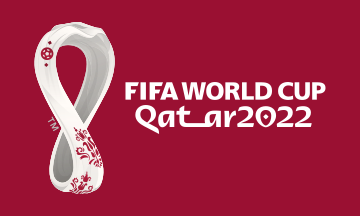 The bidding procedure to host the 2018 and 2022 FIFA World Cups began in January 2009, and national associations had until February 2, 2009 to register their interest. Initially, eleven bids were made for the 2018 FIFA World Cup, but Mexico later withdrew from proceedings, and Indonesia's bid was rejected by FIFA in February 2010 after the Indonesian Football Association failed to submit a letter of Indonesian government guarantee to support the bid. Indonesian officials had not ruled out a bid for the 2026 FIFA World Cup, until Qatar took the 2022 cup. During the bidding process, all non-UEFA nations gradually withdrew their 2018 bids, thus guaranteeing that a UEFA nation would host the 2018 cup and thereby making UEFA nations ineligible for the 2022 bid. (Source) In the end, there were five bids for the 2022 FIFA World Cup: Australia, Japan, Qatar, South Korea, and the United States. The twenty-two member FIFA Executive Committee convened in Zürich on December 2, 2010 to vote to select the hosts of both tournaments, hence announcing Russia to host the 2018 FIFA World Cup and Qatar to host the 2022 FIFA World Cup. Qatar made a bid for only the 2022 World Cup. Qatar was attempting to become the first Arab country to host the World Cup. Failed bids from other Arab countries include Morocco (1994, 1998, 2006 and 2010), Egypt and a Libya-Tunisia joint bid withdrew in the 2010 World Cup bidding process. (Source)

On March 24, 2009, it was announced that Sheikh Mohammed bin Hamad bin Khalifa Al-Thani, President of the Qatar Football Association and son of Hamad bin Khalifa Al Thani the then Emir of Qatar, was the Chairman of the bid committee and its CEO was Hassan Al-Thawadi who at the time was Director of the Legal Department at the Qatar Investment Authority. They promoted their hosting of the tournament as representing the Arab World, and has drawn support from across the member states of the Arab League. They also positioned their bid as an opportunity to bridge the gap between the Arab World and the West." The organization in charge of the event is the Supreme Committee for Delivery & Legacy, SC); one of the primary tasks of the SC is to ensure that all preparations for the 2022 FIFA World Cup are in line with other development imperatives in Qatar, which come within the framework of the Qatar National Vision 2030 and the National Development Strategy 2011-2016. The SC is also working with its partners to complete stadiums and infrastructure projects that guarantee the achievement of an impressive version of the 2022 FIFA World Cup, which will leave a lasting legacy not only for Qatar, but also for the region and the world." The World Cup 2022 will be held from November 21 to December 18, 2022 and organized by FIFA in Qatar.
Esteban Rivera, 04 February 2022

The official emblem was unveiled on September 3, 2019 during simultaneous events at the Doha Tower, Katara Cultural Village Amphitheatre, Msheireb Downtown Doha, and Zubarah, coinciding with the country's Independence Day. (Source) The 2022 World Cup logo is designed to resemble the tournament trophy, the infinity symbol, and the number "8", reflecting upon the "interconnected" event and the eight host stadiums. It also evokes imagery of shawls to signify the tournament's winter scheduling (the first World Cup to be played in the months of November and December due to weather conditions of the host country ( https://www.qatar2022.qa/en/news/statement-on-cooling-technology ), since it had always been played in the middle of the year), and contains waves resembling desert dunes. The official typography of the emblem's wordmark is called Qatar2022 and was developed by Typography experts Dino Santos, Rui Abreu, and Hussein Alazaat, incorporating kasheeda (kashida—the practice of elongating certain parts of characters in Arabic script to provide typographical emphasis). It is also considered the first full 3D emblem of a FIFA World Cup. The flag is a horizontal purple background (most likely resembling the color background of the host country's flag, Qatar) with the logo in the middle.
Esteban Rivera, 04 February 2022 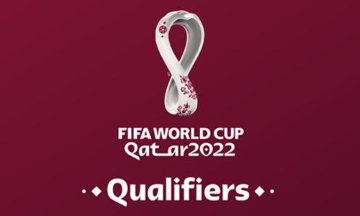