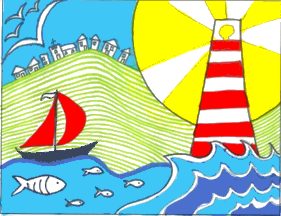 According to "The Packet", 12 August 2008, the Town Council of Falmouth is organizing a competition for the design of a town flag. The competition is open to "all members of the community", there will be a jury, a money prize for the winner and a separate student prize.
http://www.falmouthpacket.co.uk/news/3582487.Flag_fun_coming_to_Falmouth
Ivan Sache, 12 August 2008

On 19 February 2009, Emma Goodfellow wrote in the "Packet" that it was still time to vote:
"[...]
People have been voting all month to whittle down 180 entries into a shortlist of ten, which will then be voted on by a panel of judges. All the designs are on display in the Municipal Buildings on The Moor and a large selection of them can also be viewed on this website by clicking on the link to the right, under the “related links” green heading.
[...]
Votes can be submitted until Saturday, February 28, when the shortlist will be passed to the judges to select an overall winner.
[...]"
http://www.falmouthpacket.co.uk/news/fpfalmouth/4139269.Falmouth_flag_competition___still_time_to_vote

On 30 October 2009, the Falmouth Packet announced the winning flag - http://www.falmouthpacket.co.uk/news/4711873.Falmouth_flag_competition_winners from 180 entries. The winner of the best overall flag was Claire Trotman, and the winner of the student section, Mollie Fielding. Based on the photo in the page mentioned above, the winning design is brightly coloured coastal scene with a lighthouse, sailboat, row of houses, fish, gulls, etc., as shown in the entry which can be viewed at http://www.falmouthpacket.co.uk/news/photogalleries/flags/view/gallery_79101.Falmouth_flag_competition.
Rob Raeside, 14 July 2010

See also www.falmouthpacket.co.uk/news/4169319.Falmouth_to_have_two_official_flags_ where not only is it asserted that Falmouth already had a flag (of unknown and apparently forgotten design), but the datelines on the stories don't make much sense either.
André Coutanche, 14 July 2010