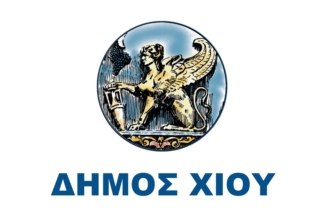 Chios is the fifth largest of the Greek islands, situated in the Aegean Sea, 7 km off the Anatolian coast. The island is separated from Turkey by the Chios Strait. Chios is notable for its exports of mastic gum and its nickname is "The mastic island".

By at least the 11th century BC the island was ruled by a monarchy, and the subsequent transition to aristocratic (or possibly tyrannic) rule occurred sometime over the next four centuries. Chios was one of the original twelve member states of the Ionian League. Chios, at the end of the 7th century BC, was one of the first cities to mint coins, establishing the sphinx as its specific symbol. It maintained this tradition for almost 900 years.
In the 6th century BC Chios' government adopted a constitution similar to that developed by Solon in Athens. In 546 BC Chios became subject to the Persian Empire. Chios joined the Ionian Revolt against the Persians in 499 BC. The defeat of Persia at the Battle of Mycale in 479 BC meant the liberation of Chios from Persian rule. When the Athenians formed the Delian League Chios joined as one of the few members who did not have to pay tribute but instead supplied ships to the alliance.
In 412 BC during the Peloponnesian War Chios revolted against Athens and the Athenians besieged it. Relief only came the following year when the Spartans were able to raise the siege. In the 4th century BC Chios was a member of the Second Athenian Empire but revolted against Athens during the Social War (357-355 BC), and Chios became independent again until the rise of Macedonia. Chios was dominated by Macedonia until the Third Macedonian War and Roman conquest.

After the permanent division of the Roman Empire in 395, Chios was for six centuries part of the Byzantine Empire. This came to an end when the island was briefly held (1090Đ1097) by Tzachas, a Turkish bey in the region of Smyrna during the first expansion of the Turks to the Aegean coast. However, the Turks were driven back from the Aegean coast by the Byzantines aided by the First Crusade, and the island was restored to Byzantine rule by Admiral Constantine Dalassenos. This relative stability was ended by the sacking of Constantinople by the Fourth Crusade (1204) and during the turmoil of the 13th century the island's ownership was constantly affected by the regional power struggles. After the Fourth Crusade, Chios became nominally a possession of the Republic of Venice but the island reverted to Byzantine rule in 1225.
Through the Treaty of Nymphaeum, authority was ceded to the Republic of Genoa (1261). At this time the island was frequently attacked by pirates, and by 1302Đ1303 was a target for the renewed Turkish fleets. To prevent Turkish expansion, the island was reconquered and kept as a renewable concession, at the behest of the Byzantine emperor Andronicus II Palaeologus, by the Genovese Benedetto I Zaccaria (1304), then admiral to Philip of France. Zaccaria installed himself as ruler of the island, founding the short-lived Lordship of Chios. Effective control remained in the hands of the local Greek landowners. Benedetto Zacharia was followed by his son Paleologo and then his grandsons or nephews Benedetto II and Martino. They attempted to turn the island towards the Latin and Papal powers, and away from the predominant Byzantine influence. The locals, still loyal to the Byzantine Empire, expelled the Zacharia family from the island (1329) and dissolved the fiefdom.
In 1346, a chartered company was set up in Genoa to reconquer and exploit Chios and the neighbouring town of Phocaea in Asia Minor. The island was invaded by a Genoese fleet, led by Simone Vignoso. The island remained under Genoese control for two centuries. By 1566, the island was invaded by Ottoman troops and absorbed into the Ottoman Empire.

When the Greek War of Independence broke out, the island's leaders were reluctant to join the revolutionaries, fearing the loss of their security and prosperity. However, in March 1822, several hundred armed Greeks from the neighbouring island of Samos landed in Chios. They proclaimed the Revolution and launched attacks against the Turks, at which point islanders decided to join the struggle. Ottomans landed a large force on the island consequently and put down the rebellion. The Ottoman massacre of Chios expelled, killed, or enslaved the inhabitants of the island.
Chios rejoined the rest of independent Greece after the First Balkan War (1912). The Greek Navy liberated Chios in November 1912 in a hard fought but brief amphibious operation. Turkey recognized Greece's annexation of Chios and the other Aegean islands by the Treaty of London (1913).

The flag of Chios (current version, photo; former version, photo, photo); Kokkonis website) is white with the emblem and the name of the municipality. Chios is said to have been among the first Greek cities to mint coins (7th century BC), featuring the sphinx as its specific emblem. such coinage was used for the next 900 years (example, example, example).

"The first [medal] features the sphinx with a slightly slanted jar or port under the right paw, which is properly a two-handled vessel called Diota by the ancient Greeks. Above is read the word Chios." The jar (indeed, an amphora) "appears to have mean that local pottery was of better quality than elsewhere, or that best wines were kept in such jars. This latter conjecture is supported by Horace, who mentions those jars and their use in Ode 11 of Book I" [indeed in Ode 19 of Book III]. The reverse features two crossed maces, like Hercule's, and, beneath, a bunch of grape.
Other such medals also feature on one side a bunch of grape with a pot nearby, or a bunch and a grapevine plant, or a Sphinx with a bunch nearby, which provide undoubtable evidence of the island's fertility in excellent wines. [...]
The third and the fifth [medals] feature around the sphinx a legend indicating the coin's price or value.
The wheat spike featured on one side of the eighth and ninth [medals] means that the island was fertile in grain and wheat."

Dapper is less straightforward in his interpretation of the sphinx emblem.
"Some claim that the Chios islanders featured a sphinx on their coinage to highlight not only their repute of being subtle and witty but also their fame as a belliquose and courageous people. At least, this interpretation was pushed by the ancient Greeks, as reported by Plutarch and Clement of Alexandria. Indeed we read in Thucydides, Diodorus and Strabo that those islanders were once powerful, mainly at sea, and they were subtle and witty. Stephanus calls Chios the noblest of the islands in the Aegean Sea.
It might be also possible that they minted those coins to highlight an obscure, abstract and metaphysical science then in local use, whose mysteries, predictions and oracles often offered them opportunities to exercise their spirit. They seem to have follow the example given by the Egyptians, who placed in front of their temples figures of sphinxes, to stress that science addressing divine matters and knowledge of the gods is obscure and full of difficulties. This custom was also introduced in the other Greek towns and in Asia. [...]
This conjecture appears to be supported by quite old medals featuring on one side a sibyl and on the other a sphinx.
[...]
Those who claim that the sphinx shall be considered as a hieroglyphic figure of the abstract sciences that remain concealed under a dark veil made of allegories, figures, predictions and oracles, allege the the inhabitants of Chios claimed that Homer, who has to be considered as the father and inventor of fables and allegories, was born in Chios. Medals or coins are found that feature on one side a sphinx and on the other site the Poets' Prince. [...]
Other put up other conjectures, who believe that the figure of the sphinx engraved on coinage and medals of the ancient inhabitants of Chios recalls that a famous wine was once imported from Egypt and kept in barrels marked with a sphinx figure, for the sake of differentiation from locally produced wine. This conjecture appears ill-designed, since there is no reason for an island profusely producing very good wine seeking to establish the fame of foreign wines, as those from Egypt, and for the islanders to have such a figure engraved on their medals and coinage."