At the last Vex Congress of Burgos, Carlos Fernandez Espeso, Spanish ambassador to India, told me about the Jain flag. He wrote an article some time ago that was published in a Bulletin (I don't remember which). The article, if I understood correctly, quoted the flag and the previous symbol of Jains in India. The swastika symbol was adopted in 1975. The previous symbol was the Loka-Akasa. The swastica has existed as a symbol in India from 3000 BC and its use by Hitler in later years is not relevant to the Jains.
Jaume Ollé, 13 February 1999

Variant of the flag 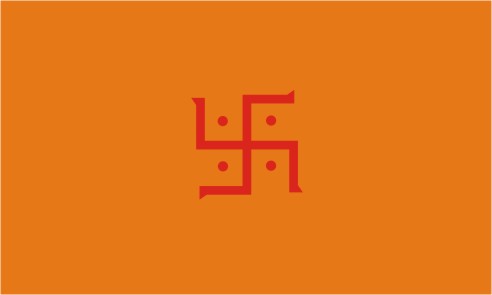 I have seen this flag in the major Jain temple in Kolkata. It is orange with a red swastika symbol in its center.
Roman Kogovsek, 24 June 2005