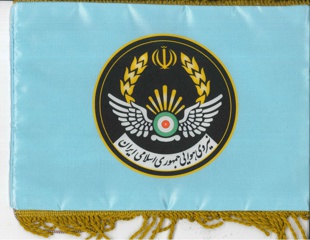 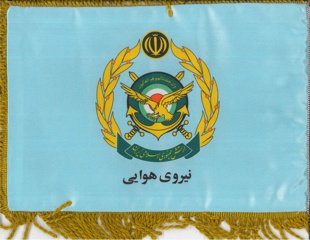 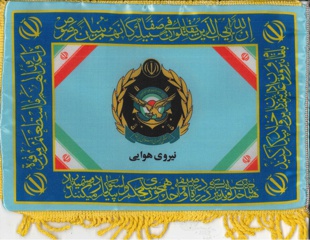 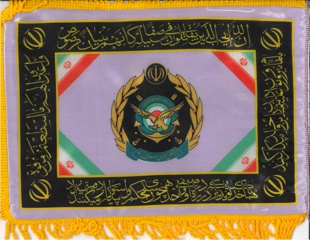 I've collected a few pictures of Iranian colours from a number of websites over the years - I guess this might be an air force flag based on the colour of the uniform.
Ian Sumner, 24 October 2007

Formed in 1924 as l'Aeronautique Persane, renamed in 22 March 1935 into Nirou Havai Shahanshahiye Iran (Imperial Iranian AF - IIAF) and changed after the revolution into Islamic Republic of Iran AF, it always used the same roundel - classic red-white-green with green-white-red horizontal stripe as rudder stripes or fin flash. According to Cochrane and Elliott (1998) the only change was to replace the fuselage marking from stripes to the roundel (the wings always had a roundel) and changing the rudder stripes to a fin flash in 1930. Jane's 1945 shows rudder stripes.

The IIAF have a homepage (probably operated outside Iran) at http://www.iiaf.net/home.html#  and even on the homepage we can see both possibilities for tail insignia. As the P-47 didn't exist in 1930, the change in the tail insignia was much later than 1930 (probably with the Jets era in 1956).

The fin flash is a simple horizontal tricolour of green-white-red. The aircraft markings have virtually not changed since some initial minor variations in the 1920s.
Source: Military Aircraft Insignia of the World Cochrane and Elliott (1998)
Zeljko Heimer, 13 November 2001