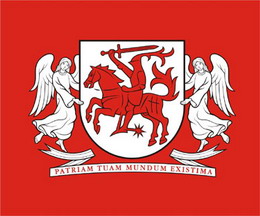 "Apart from the various religious and ethnic groups currently residing in Lithuania, Lithuanians themselves are usually divided into 5 groups: Samogitians, Sudovians, Aukštaitians, Dzűkians and Lietuvininks, the last of which is extinct.
Aukštaitija (Highlands) is the name of one of five ethnographic regions of Lithuania. The name comes from the fact that the region is relatively elevated, particularly in its eastern parts. Aukštaitija is in the northeast part of Lithuania and also encompasses a small part of Latvia and Belarus. Largest city and, despite of lack of its political meaning, considered capital of the region is Panevezys, which has over 100,000 inhabittants. The region is full of lakes, mainly in the eastern side.
The people mostly speak the Aukštaitian dialect of Lithuanian. Under the new classification of dialects Lithuanian is divided into just two dialects, Aukštaitian and Samogitian with all previous dialects being classified as subdialects. The Sudovian and Dzukian dialects are also considered subdialects of Aukštaitian now, therefore the specific subdialect spoken in Aukštaitija is known as East Aukštaitian."
Source: <en.wikipedia.org>.
The flag (and coat of arms) of this ethno-cultural region are at <whatson.delfi.lt>.
Valentin Poposki, 7 March 2007