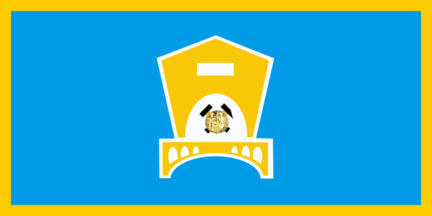 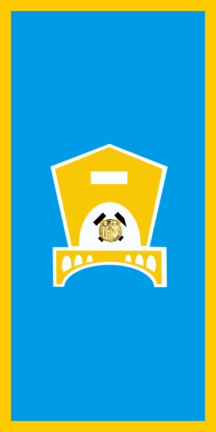 Mojkovac is located in the valley of river Tara, the longest river in Montenegro (150 km). Some 20 km downstream of Mojkovac, the Tara forms a canyon of 80 km in length, 900-1,300 m in depth (therefore the deepest river canyon in Europe), and, in some places 2-3 m in width. The Tara canyon is part of the Durmitor National Park, registered in 1980 by UNESCO on the World Heritage List (description).

Mojkovac was named, according to a popular etymology, for moj kovani novac, "my coins", recalling that King Uroš I allegedly minted his coins in the town. There was indeed in the Middle Ages a silver mine nearby, mentioned for the first time in 1253 and used by the Serbian rulers to mint coins. Located close to the mine, the town of Brskovo was the short-lived seat of the court of the Nemanjić dynasty. In 1311/1312, the Consul General of Dubrovnik in Serbia settled in Brskovo, where salt, wine and cloth from Kotor, Dubrovnik and Venice were sold. Brskovo declined in the late 14th century following epidemics of black plague and the set up of new mines in Novo Brdo. The town was eventually ruined by the Ottomans in 1398.

Mojkovac was incorporated in 1477 to the Sandjak of Herzegovina. Following the insurrection of 1876, river Tara was made the border between Montenegro (left bank) and the Ottoman Empire (right bank).
Mojkovac was fully incorporated to Montenegro in 1912, following the Balkan Wars.
On 6-7 January 1916, the battle of Mojkovac opposed the Montenegrin troops commanded by Janko Vukotić and Krsto Popović to the Austro-Hungarian troops commanded by Conrad von Hötzendorf. The Montenegrins won the battle, which halted the Austrian advance for 10 days and allowed the Serbian army to retreat to Corfu via Albania.

The flag of Mojkovac is prescribed in the Municipal Stututes Statut Opštine Mojkovac (Prečišćen tekst) (text), last amended on 26 April 2012 and published on 18 December 2012 in the Montenegrin official gazette Službeni list Crne Gore - OpŢtinski propisi, No. 37, as follows:

The flag of the municipality is monochromatic, in bluish color, with a golden edge and elements of the coat of arms (the monument, a Brskovo coin, and two mining hammers and the Old Bridge), which reflect the cultural and historical heritage, located in the middle of the flag's field. The ratio of length to width is two to one. The symbols in the center of the flag are predominantly gold. The element on the flag occupies 2/3 of the hoist. The midpoint of the element coincides with the point of crossing of the diagonals of the flag. The width of the golden border is 1/20 of the narrower side of the flag.

On 23 July 2012, Pobjeda Dnveni List presented a proposal of municipal flag expected to be adopted by the Municipal Council before the end of the month.
The flag is horizontally divided blue-green. In the middle is placed an emblem made of the monument commemorating of the battle of Mojkovac (photo), of the bridge on river Tara (photo), and of the symbol of mining. The drawing shows the flag framed within a thin yellow border, like the national flag of Montenegro.

The flag was designed by Miloš Filipović. It was selected among 16 proposals submitted by four authors, by a commission made of Rodoljub Ćorić (President), Ugren Jušković, Boško Mrdović, Veselin Jovanović, and Vuksan Gašević.
The flag was criticized by members of the ruling party DPS. Members of SPD, involved in the ruling coalition, will table an amendment rejecting the flag. The opponents to the current design claim that the flag should be plain white or sapphire blue, charged in the middle with the municipal coat of arms outlined in yellow.