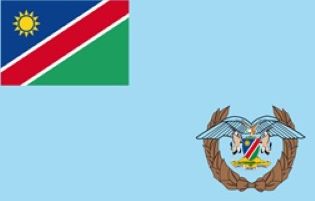 The Namibian Air Force is the aerial warfare branch of the Namibian Defence Force (NDF).  Following the independence of Namibia in 1990, the Air Defence Wing was established on 23 July 1994 and the fully fledged air force was commissioned on 13 March 2005 at the Grootfontein Air Base.
Bruce Berry, 27 June 2018 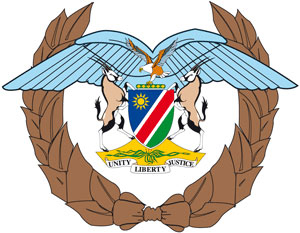 The flags of the various branches of the NDF follow the same basic pattern, having the Namibian national flag in the canton and badge of the service arm in the lower fly.   The field of the air force flag is light blue.
Bruce Berry, 27 June 2018