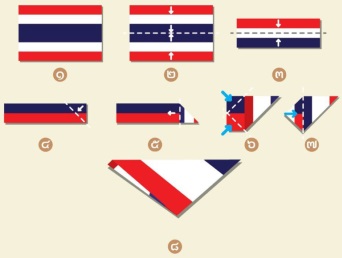 This method is used by the military and scouts, along with civic groups, however this is not prescribed by law or regulation. Using the above image as a guide: