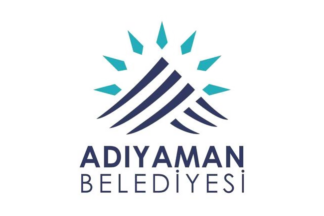 Crowning one of the highest peaks of the Eastern Taurus mountain range in south-east Turkey, Nemrut Dağ is the Hierotheseion (temple-tomb and house of the gods) built by the late Hellenistic King Antiochos I of Commagene (69-34 B.C.) as a monument to himself.
The Hierotheseion of Antiochos I is one of the most ambitious constructions of the Hellenistic period. Its complex design and colossal scale combined to create a project unequalled in the ancient world. A highly developed technology was used to build the colossal statues and orthostats (stelae), the equal of which has not been found anywhere else for this period. The syncretism of its pantheon and the lineage of its kings, which can be traced back through two sets of legends, Greek and Persian, is evidence of the dual origin of this kingdom's culture.

The first emblem features the Roman bridge erected over river Cendere.
The Roman bridge at Cendere was built in the last years of the second century, after the emperor Septimius Severus had defeated the Parthians, had captured Ctesiphon, and had added Mesopotamia to the Roman Empire. The old line of defense works along the Upper Euphrates was no longer necessary. The area was reorganized and the river Chabinas (the modern Cendere Suyu) was bridged by soldiers of the Sixteenth Legion Flavia Firma.
The construction was 118 meters long and is part of the road to Nemrud Daği. On each of the two bridgeheads were two pillars with a statue, dedicated to the emperor, to his wife Julia Domna, and to their sons Caracalla and Geta. (When the latter was murdered, his statue was removed and his name erased from the inscriptions.)
[Livius website]

The flag of Yaylakonak (photo) is white with the municipality's emblem in the middle. "Belediyesi" means "Municipality".

The emblem of ADYÜ was adopted in 2015, during the preparation of the celebration of the 10th anniversary of the establishment of the university. It features three elements:
- a crescent;
- an Adıyaman tulip;
- water drops.
The emblam is simple, universal and harmonious, representing the place, the country, and science.
The crescent is a symbol of independence and freedom, as a guide through darkness. It is also a symbol of knowledge, lore, virtue, justice and love. The position of the crescent (upwards and tilted at 45 degrees) is a sign of continuous development and ascension. The Adıyaman tulip is an endemic plant representing the region. It is also rich in historical representations. The emblem features two tulips made of water drops.
The water drops recall the past of the region and town, which were settled by water civilizations.
As a whole, the emblem represents the merging of virtues and cultures; the different shades of blue represent coexistence in the past and present.
[ADYÜ website]

The Adıyaman tulip (internationally known as Persian lily or Persian bells), Fritillaria persica L., grows natively over a large range: from southern Turkey to western Iran, and as far south as Israel and Jordan. The Adıyaman cultivar (horticultural variety derived from a local wild plant) is prized by gardeners for its purple bell-shaped flowers.
[The Plant Expert, Royal Horticultural Society]

The first flag of ADYÜ (photo, photo, photo) was white with the university's first emblem.
The emblem features, on a gray background, a triangle representing Mount Nemrut (Nemrut Dağ).

Adıyaman Chamber of Commerce and Industry