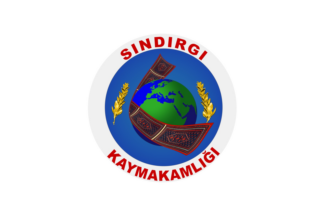 Flag of the district government - Image by Tomislav Šipek, 16 October 2017