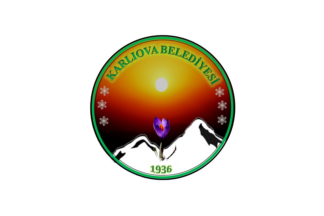 Karlıova is the namesake of the Karlıova Triple Junction (KTJ), one of the most tectonically active places on the Earth.
To the east of this triple junction, overall NNE-SSW convergence between the Arabian and Eurasian plates is distributed in a wide zone of shortening that stretches as far north as the Caucasus. To the west of this junction, a third (micro) plate exists: Anatolian. The Anatolian plate is bordered by a left-lateral transform fault from Arabia, and a right-lateral transform fault from Eurasia plates. The Karlıova triple junction is hence a FFT (fault - fault - trench) triple junction, whereby the ‘trench’ is in reality a widely distributed thrust belt.
New data make it possible to reconstruct the tectonic evolution of the Karlıova. The region has undergone incremental deformation around Karlıova within the past 6 Ma. The NW–SE-striking deformation phase reactivated the faults of the VFZ.The region has been subjected to inversion tectonics induced by strike-slip and reverse faulting.
[[Ö Karaoğlu, A Sağlam Selçuk, A. Gudmundsson. 2017. Tectonic controls on the Karlıova triple junction (Turkey): Implications for tectonic inversion and the initiation of volcanism. Tectonophysics 694, 368-384]

The flag of Karlıova (photo) is white with the municipality's emblem in the middle. "Belediyesi" means "Municipality".
The emblem, designed by Hayati Korkut, was adopted on 3 June 2015. It features the Bingöl mountain, a volcano which supplies the region with freshwater. The mountain and rivers are a symbol of the warmth, clarity and cleanness of the town. The snowdrop flower and the snowflakes allude to the town's name (from, kar, Turkish for "snow").
[Bingöl Haerci, 22 July 2015]