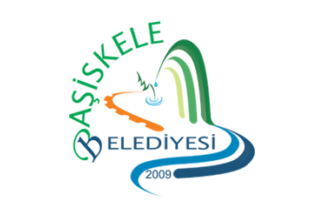 Flag of Başiskele, current and former versions - Images by Tomislav Šipek, 12 May 2018

The municipality of Başiskele (88,910 inhabitants in 2016; 20,900 ha; municipal website) borders the south-eastern end of the Gulf of İzmit, part of the Sea of Marmara. The municipality was established in 2008 as the merger of the former municipalities of Kullar, Yeniköy, Bahçecik, Karşıyaka and Yuvacık.

The municipality is named for the neighborhood of Başiskele, in Turkish "Main Pier", where the first and main port in the gulf was established in 712 BC by Greek colonists from Megara. The town that developed nearby was named Astacus for crayfish [two crayfish species are still allocated to genus Astacus, established in 1775 by Fabricius: the European crayfish A. astacus (Linnaeus, 1758) and the Turkish crayfish (A. leptodactylus (Eschscholtz, 1823)], whose fishing was the main source of income; Astacus coins, shown at the İstanbul Museum of Archeology, featured a crayfish on one side and a portrait of goddess Olbia on the other side. Astacus remained an independent town until incorporation in 262 BC to the Kingdom of Bythinia. King Nicomedes I established its capital, Nicomedia, in a site easier to defend and more suitable for port activity, today İzmit, which caused the decline of Astacos.

Bahçecik was the former Basileia, a strategic place during the Roman period. Mimar Sinan, architect of Sultan Murad III, invited 30,000 Armenian craftsmen and workers to settle the place, which was renamed Bârzıdağ; the newcomers were the manpower of the works aimed at connecting the Gulf of İzmit, Lake Sapanca and river Sakarya. The Armenian community that flourished in Yuvacık, then known as Ovacık, developed silkworm rearing, tobacco growing, cloth-making, charcoal production, copper work and fish salting. Several Armenian intellectuals from İstanbul built summer houses in the area.
In the aftermath of the War of Turkish Independence, the area was resettled by Turkish colonists coming from the Balkan and Black Sea regions.

Yeniköy (lit. New Village) was known to the Romans as Neocorlu and Karye-i Cedit during the Ottoman period. Until the War of Turkish Independence, the town was mostly inhabited by Greeks. 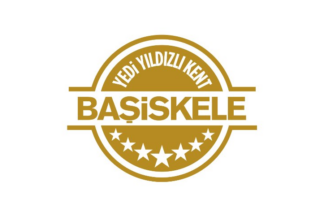 The writing on the flag (photo) reads "Seven Stars Town", echoing the seven stars featured beneath the town's name.
The seven stars represent "the many reasons to live in the town and to visit it", detailed in seven sections:
- Environment
- Tourism
- Health
- Serenity
- Education
- Investment
- Location
[Seven Stars Town website]