The flag of Karatay (photo) is white with the municipality's emblem. "Belediyesi" means "Municipality".
The emblem features the green conical dome that covers the tomb of Mevlânâ Celâleddîn-î Rûmî (biography).

The prominent Persian language poet, thinker and spiritual master, Mevlana Celaleddin Belhi-Rumi was born in 1207 in Balkh, presently Afghanistan. He lived almost all of his life in Konya, presently Turkey, and died there in 1273. He remains one of the greatest thinkers and scholars of Islamic civilization. The peoples of Afghanistan, the Islamic Republic of Iran and Turkey consider him to be their own poet. He addressed humanity as a whole: "I do not distinguish between the relative and the stranger."
[UNESCO]

The distinctive green conical dome which covers the tomb of philosopher, poet and religious leader Mevlânâ Celâleddîn-î Rûmî is the symbol of Konya. His mausoleum which incorporates the tekke (lodge) of the world famous whirling dervish sect of Sufism that he founded is now a museum where pilgrims come to pay their respects to one of Turkey's - and the world's - greatest religious mystics.
Although most famous outside of Turkey for his poetry (including his renowned 25,000 verse Mathnawi poem) for believers Mevlânâ is revered as a saint and his mausoleum is a holy place. His words, preaching tolerance and acceptance, have echoed down through the centuries. With one of his most famous verses stating: "Come, whoever you may be. Even if you may be an infidel, a pagan, or a fire-worshipper, come. Ours is not a brotherhood of despair. Even if you have broken your vows of repentance a hundred times, come".
The tekke's present layout dates from the 16th century, long after Mevlânâ's death. The only part of the lodge that dates from the 13th century when Mevlânâ lived is his mausoleum.
[Jess Lee. Exploring the Mevlana Museum: A Visitor's Guide] 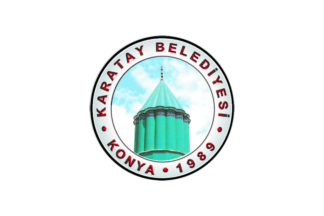 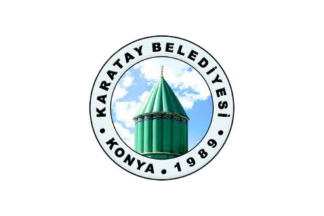 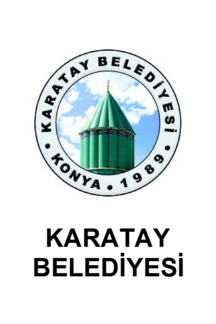 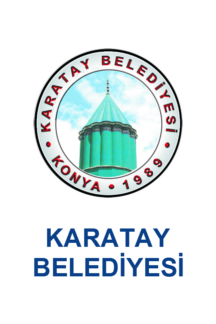 Former flag of Karatay, horizontal and vertical versions - Images by Jens Pattke, 29 March 2013 (first and second), and Tomislav Šipek, 6 January 2016 (all other) 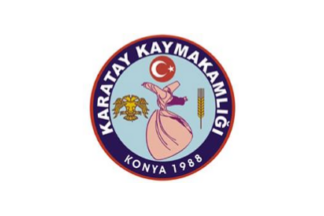