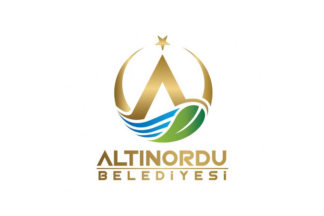 The flag of Altınordu is white with the municipality's emblem in the middle. "Belediyesi" means "Municipality".

Flag of the former municipality of Ordu - Image by Jens Pattke, 30 September 2012