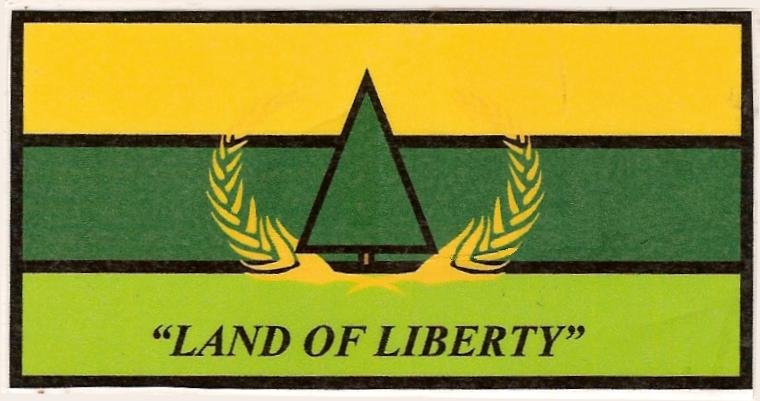 Description of the patch

Pineland, Land of Liberty! won't be found on a map; not on an ordinary map, anyway. Pineland is the fictional land that USA special forces finish their training in. To the rest of the world it's more commonly known as middle North Carolina.

I didn't think it was allowed to influence reality up to the point where it had its own flag, but it might be patches for supposed governmental troops, or similar, would be within the range.

On a more serious note: I believe real law-enforcement involved in the exercise is supposed to wear a special version of their uniform, as in the past a misunderstanding between faux forces and real forces has resulted in very real deaths. It may be this kind of patch is the identifying mark of such a uniform. That's just speculation, though. Probably, the people of The Citadel would know more about this.
Peter Hans van den Muijzenberg, 25 February 2011