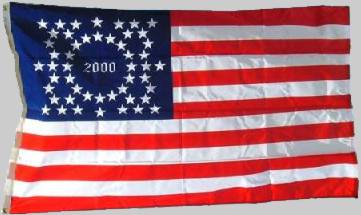 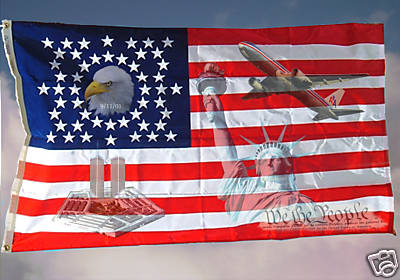 The 2000 flag was originally designed to celebrate freedom in the millennium. [...] This 2000 flag is a 3'x5' flag made of Nylglo material and was made under contract to Annin Flag Co. with specific instructions not to duplicate any of the design in the star shield without permission form the original designer, Michael W. Brault. copyright 1999

The flag design that fosters the remembrance of 9/11 is posted in the main window. It is for patriotism but is not available for sale at this time.
Bill Garrison, 6 September 2008