The University of Idaho athletic teams are known as the Vandals. The university bookstore sells two types of sport flags suitable for car mounting; one of these is in white, while the other is in gold.
Ron Lahav, 18 December 2008

The new Brand Resource Center of the University of Idaho at www.uiweb.uidaho.edu/commguide/ provides all sorts of identity markings. The official colours, for instance, are silver and gold (see p. 13 of Brand Resources Guide). See also left menu 'Logo and Style Guide'. One more Vandal flag can be seen: good-times.webshots.com/photo/2806284100011849174OGlcdW
Jan Mertens, 18 December 2008

The Idaho Vandals flag in this photo is a product of the early 80's. Newer flags have either the current logo or a regular block letter "I" defacing them.
Clay Moss, 19 December 2008

There are probably a dozen of these same type U of I flags readily available, with there being slight variances to the width of the trim around the letter "I", or even the  color gold. I have also seen this flag with a black "I" and gold background on the flag.
Clay Moss, 9 January 2015

University of Idaho - "The University of Idaho (U of I, or UIdaho) is a public land-grant research university in Moscow, Idaho. It is the state's land-grant and primary research university , and the lead university in the Idaho Space Grant Consortium. The University of Idaho was the state's sole university for 71 years, until 1963, and its College of Law, established in 1909, was first accredited by the American Bar Association in 1925. Formed by the territorial legislature on January 30, 1889, the university opened its doors in 1892 on October 3, with an initial class of 40 students. The first graduating class in 1896 contained two men and two women. It has an enrollment exceeding 12,000, with over 11,000 on the Moscow campus. The university offers 142 degree programs, from accountancy to wildlife resources, including bachelor's, master's, doctoral, and specialists' degrees, and accompanying honors programs. Certificates of completion are offered in 30 areas of study. At 25% and 53%, its 4 and 6 year graduation rates are the highest of any public university in Idaho, and it generates 74 percent of all research money in the state, with research expenditures of $100 million in 2010 alone. It is classified among 'R2: Doctoral Universities – High research activity'. As a land-grant university and the primary research university in the state, U of I has the largest campus in the state at 1,585 acres (2.5 sq mi; 6.4 km2), in the rolling hills of the Palouse region at an elevation of 2,600 feet (790 m) above sea level. The school is home to the Idaho Vandals, who compete in NCAA Division I athletics. In addition to the main campus in Moscow, the U of I has branch campuses in Coeur d'Alene, Boise, and Idaho Falls. It also operates a research park in Post Falls and dozens of extension offices statewide. ” Source: https://en.wikipedia.org/wiki/University_of_Idaho 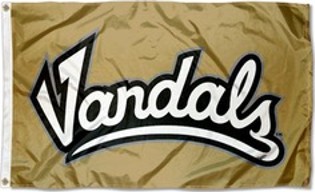 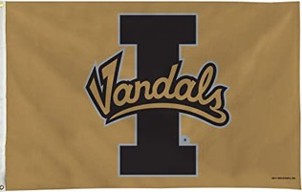 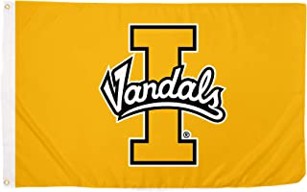