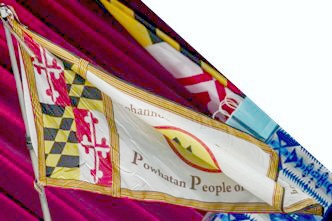 The tribal flag is based on Maryland's State flag. Here is photo of the flag, but I couldn't find better photo of it.
Valentin Poposki, 26 January 2020