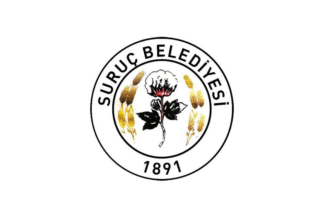 Turkish fighter jets and ground forces hit Islamic State militants in Syria and Kurdistan Workers Party (PKK) camps in Iraq on Saturday, in a campaign Ankara said would help create a “safe zone” across swathes of northern Syria.
The strikes followed Turkey’s first-ever air attacks on Islamic State in Syria a day earlier and Prime Minister Ahmet Davutoğlu told a news conference the heightened security operations will go on.
Turkey has dramatically cranked up its role in the U.S.-led coalition against Islamic State, which has seized much of Syria’s north and east, since a suspected IS suicide bomber killed 32 people this week in a town close to the Syrian border.
Turkey was long a reluctant member of the coalition against Islamic State, a stance that annoyed NATO ally Washington, and this weekend’s move into the front line appears to be a response to the suicide bombing in the border town of Suruç.
[Reuters, 25 July 2015]

A 20-year-old Turkish man has been identified as the culprit behind the suicide bombing which killed 32 youth volunteers in the border town of Suruç on Monday [20 July 2015].
The university student, said to be an ethnic Kurd, was named in Turkish state media as Seyh Abdurrahman Alagoz and had travelled illegally to Syria earlier this year.
Monday's suicide bombing ripped through a Kurdish cultural centre, killing at least 32 people as they discussed a humanitarian mission to Kobanî, the shattered Syrian city which sits six miles across the border. Officials have raised concerns that a deadly bombing in southeastern Turkey is part of a campaign of retaliation by the Islamic State group for a recent crackdown on its operations in the country.
[The Telegraph, 22 July 2015]

Turkey produces Arabian racehorses under a state-sponsored program designed to protect the pure bloodstock, which is considered a cultural heritage of the Ottoman Empire. Most of the horses are bred in this destitute region, where enterprising Kurdish tribesmen have leveraged their ancestral horsemanship to lift themselves out of poverty.
The horses are a living as well as a way of life for most villages in the Suruç district and many more in the surrounding Urfa Province. It is a high risk, high stakes life: Family fortunes rise and fall with the speed and strength of a single colt.
On the racetrack in Urfa, one of eight hippodromes around the country owned and operated by the Jockey Club of Turkey, the racetrack director Mehmet Kazoglu agreed that the locals have a special knack for horses. "Here in Urfa, and especially in Suruç, people have devoted themselves to these horses for centuries," Mr. Kazoglu said in an interview on the racetrack. "The Arabian horse belongs to the culture of this region." Even though the precise origins of the Arabian are unknown, the breed is thought to have originated somewhere nearby, on the northern edge of the Syrian desert.
Today, there are about 11,800 purebred Arabians in Turkey, about 2,200 of them on the racing circuit, according to the Jockey Club of Turkey. Two out of every three are bred in Urfa — most of them in Suruç and most by small breeders like those in Karadut — Mr. Kazoglu said. "Most jockeys, trainers, veterinarians and grooms on the Turkish racetracks come from this region as well," he added.
Back in Karadut, villagers can recite the lineage of their horses several generations back without pausing to think.
Getting it right on the racetrack is not only a matter of pride. It is also a question of survival in one of the poorest regions of the country. Agriculture was destroyed by drought when the Euphrates was backed up by the nearby Ataturk and Birecik dams 20 years ago and annual per capita income did not quite reach $4,000 dollars last year.
"It costs at least 50,000 lira to breed, raise and train a colt, before it can run," said Osman Tekinalp, a breeder, listing stud fees, veterinary costs, feed, transport, training, jockey and hippodrome fees. "If the horse runs and if it wins, you make your money back and more. But if it does not, you are ruined."
[The New York Times, 6 June 2013]