Voting begins on several finalists for a new flag for the City of Galveston:
https://sunny99.iheart.com/featured/dana-and-jay-in-the-morning/content/2021-01-14-vote-for-the-new-official-city-flag-of-galveston/
The City of Galveston wants residents to vote on the design of the new flag. You choose from ten designs.
Dave Fowler, 18 January 2021 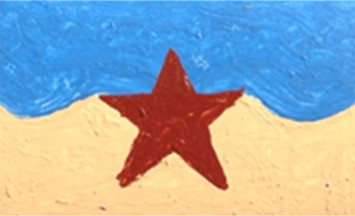 An article about the 1916 flag of Galveston, Texas:
https://www.galveston.com/blog/1024/rosenberg-treasure-of-the-month-may-2019-the-galveston-municipal-flag/​
Dave Fowler, 5 May 2019

Rosenberg Treasure of the Month: May 2019 - The Galveston Municipal Flag 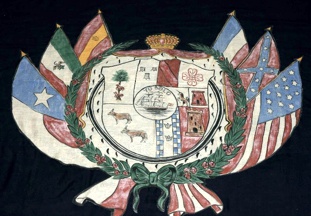 During the month of May [2019], Rosenberg Library will exhibit items related to a city-wide flag design competition held in the spring of 1916.

During the early 20th century, a national movement prompted many cities across the United States to adopt their own distinct municipal flags. These flags were flown at public buildings alongside the flags of the state and nation. By 1916, approximately 40 cities of 30,000 or more residents had adopted municipal flags.

To celebrate the opening of Galveston’s new City Hall building on 25th Street, the YWCA and E.S. Levy and Co. co-sponsored a design competition which was formally announced in March 1916. H.H. Levy would furnish a $5.00 cash prize to the winner, and members of the YWCA would sew the flag based on the winning design. The flag was to be flown in front of City Hall during its grand unveiling. When the competition was advertised in the Galveston Daily News, much interest was generated among both school-age student artists and professional adult artists.

A panel of respected local artists including Boyer Gonzales, E.B. Harris, J.M. Maurer, and Frances Kirk were chosen to serve on a selection committee. Designs were to include symbols related to the island’s colorful history. Additionally, the designs could incorporate local interests and activities unique to Galveston. The selection committee narrowed the field to twelve finalists, and these designs were presented to the city commissioners for their consideration.

The winning design was announced on April 20, 1916. It was co-submitted by Perry Luth and D.K. Bowie, and the pair split the $5.00 cash prize. Luth was a mechanical engineer who worked as a manufacturer’s agent, and Bowie was a draftsman employed by North American Dredging Company. Their design featured the coat of arms of Bernardo de Galvez at the center framed by a wreath of oleanders. Surrounding it were the flags of the six nations flown over Texas at various times in its history—Spain, France, Mexico, the Republic of Texas, the Confederate States of America, and the United States of America. One of the finalists was local artist Percy Holt. Holt provided a written explanation of his design which is now preserved at the library. According to Holt, his design featured a fearless female figure rising from the Gulf with golden wings. In one hand, she holds an anchor to symbolize shipping and cotton to symbolize the Port of Galveston. Above her head is the Lone Star of Texas. The coat of arms of Bernardo de Galvez appears below her other hand.

The dates 1836, 1861, 1885, and 1900 are inscribed on the four quadrants of the flag and represent the courage of the people of Texas and of Galveston. 1836 is the year that Texas won independence from Mexico; 1861 marks the beginning of the Civil War; in 1885, a fire burned more than 40 blocks of homes and businesses in Galveston; and 1900 is the year of the Great Storm which decimated the island. Created sixteen years after that devastating event, Holt’s flag design is a testament to the resilience and determination of local residents.