Chalatenango is named for the NŠhuat words "shal", "sand", "at", "river", and "tenango", "valley", therefore meaning "the valley of the sandy river". Other proposed meanings are "the sandy valley" or "a place surrounded by water and sand". These possible etymologies all highlight the local significance of river Lampa. Some historians believe that the place, originally known as Xalatenango, was settled by the Chorti, Chorti-Pipile and Lenca pre-Columbian people. The Spanish conquerors renamed the place to San Juan Chalatenango, as a tribute to St. John the Baptist.

Chalatenango was once famous for the production of indigo, a natural blue dye extracted from the leaves of the true indigo shrub, Indigofera tinctoria L.. The All Saints' Festival, celebrated from 26 October to 2 November since 1801, is nicknamed the Indigo Festival, recalling that Chalatenango was once the main place of trade of indigo in El Salvador. From the 16th to the late 19th century, indigo was processed in a traditional device made of three tanks: the leaves were pressed in the first tank for 12 hours, the coloured water was then beat for one to three hours in the second tank, and the resulting dye was eventually transferred manually to the third, smaller tank. In 1860, the department of Chalatenango produced 30% of the indigo national export. The emergence of synthetic dyes caused the decline of indigo, whose export from El Salvador was superseded in 1879 by coffee export. Recent attempts to reactivate indigo production have been unsuccessful.
http://www.chalatenangosv.com - Unofficial website
Ivan Sache, 16 May 2017

The flag is horizontally divided blue-white-green, with "CHALATENANGO" written in golden yellow letters in the white stripe and a white swing plow in the left part of the green stripe. The original design also features the year of foundation of the department, "1855", which was removed upon the jury's request.

The coat of arms, selected in the same contest, was designed by Carmencita Urbina. The designer of the flag obtained the second prize for his proposal of coat of arms. The arms feature a map of the department, representations of cattle-breeding and agriculture, the mountain pinewoods, the Colima bridge over river Lampa and the 5 de Noviembre barrage*.
http://www.chalatenangosv.com/simbolos-patrios-de-chalatenango - Unofficial website

*The 5 de Noviembre barrage is managed by the Comisiůn Ejecutiva Hidroelťctrica del RŪo Lempa (CEL), established on 3 October 1945 by a Decree of the Executive published on 8 October 1945 in the official gazette, No. 139. This started the use of the hydraulic resources for the electrification of the country. River Lempa was surveyed in 1945-1947 to select the most suitable site, with the advice of the American engineer George A. Fleming. Reorganised as an autonomous entity by Decree No. 137, adopted on 18 September 1948 by the National Assembly, the CEL contracted the Harza Engineering Company for the design of the barrage. The building site was inaugurated on 21 June 1951 by Lieutenant-
Colonel Oscar Osorio, President of the Republic. Inaugurated on 21 June 1954, the barrage was named for the date of the first call for national independence, 5 November 1811. Another four barrages were subsequently built by the CEL on river Lempa (Guajoyo, Cerrůn Grande, and 15 de Septiembre).
http://www.cel.gob.sv - CEL website
Ivan Sache, 16 May 2017 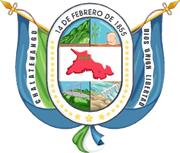