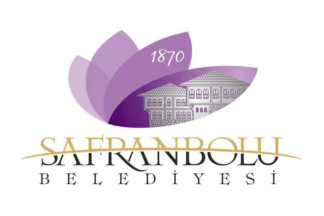 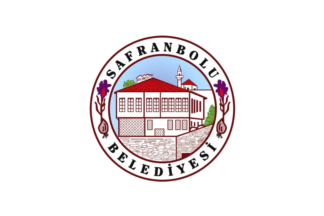 Saffron crocus (Crocus sativus L.), which gave its name to the town, and whose top quality is grown in Safranbolu, is a rare plant used to produce the world's most expensive spice. Saffron can dye a fluid 100.000 times its own weight. It is used in pharmacy, cosmetic, and food industry. For half a kilogram saffron, 80 thousand of flowers are needed. The usable part of saffron is made of the flower's threads (styles and stigmas). Saffron crocus is planted in August-September and it blooms at the end of November and in December. The flowers, which bloom only one week during harvest term, must be collected fast before sunrise because they wither under sunlight in a day.
[Municipal website]
Saffron production in Turkey, now limited to the town of Safranbolu, was quite low in the early 1980s. A few years ago, only one farmer grew it, on an area covering a little over 0.1 ha, with maximum yields of 20 kg/ha.
[M. Neghbi, ed. Saffron. Crocus sativus. L., 2005]
Safranbolu was inscribed in 1994 on the UNESCO's World Heritage List, with the following description:

The City of Safranbolu is a typical Ottoman city, with typical buildings and streets, and played a key role in the caravan trade over many centuries. The settlement developed as a trading centre after the Turkish conquest in the 11th century, and by the 13th century, it had become an important caravan station. Its layout demonstrates the organic growth of the town in response to economic expansion, and its buildings are representative of its evolving socio-economic structure up to the disappearance of the traditional caravan routes and beyond.
Safranbolu consists of three distinct historic districts; the market place area of the inner city, known as Çukur, the area of Kıranköy, and Bağlar (the Vineyards). Çukur lies in the lower part of the town and has a triangular shape defined by two rivers. Its centre is the market place, surrounded by the houses and workshops of craftsmen. The segregation of the city centre is very typical for Anatolian cities. Kıranköy was formerly a non-Muslim district, with a socio-architectural pattern similar to that in contemporary European towns, with the artisans and tradesmen living above their shops. The houses in this district are built of stone, in contrast to the wooden houses in Çukur, which illustrates how the separation of Muslim and non-Muslim quarters during the Ottoman Period enabled each community to establish settlements according to their own traditions.
The pattern of settlement in Bağlar (the Vineyards) consists of single houses set within large gardens. This district on the north-west slope of the city, looking to the south, was the summer resort for the city. The streets in Çukur and Kıranköy are narrow and curved, creating a wider view at the corners following topographic lines, and the various consoles of the houses contribute to creating interesting street perspectives. The streets feature stone paving, sloping inwards to evacuate surface water, and older houses are half-timbered, while the spaces between the timbers are filled with various building materials. There are no windows on the street frontage, so that stone walls resemble extensions of garden walls. The main rooms on the first floors are usually panelled with built-in cupboards, fireplaces, shelves and benches. Many of the ceilings are lavishly carved and painted. The rooms serve different purposes and are connected together with halls called “sofa”, which are very important elements of the house.

Traditional houses in Safranbolu have mostly three floors, six or eight rooms. Houses designed for convenience of people living in it. Every room is designed to meet needs of the family. There are cupboards, called yüklük, shelves, furnaces and sofas in every room. In each room consists the wardrobes and they are used for ablution like today's shower cabins. The another details in Safranbolu houses are wooden decorated. Safranbolu houses don't uniformity due to the overhang. The number of narrow and long windows differs according to size of the room and they are covered with wooden cages called muşabak. Some of the houses have pools for coolness and in order to protect against fire. Generally stone is used downstairs, adobe is used upstairs, and tiles in the Ottoman style are used in roofs. The floor of the entrance is called hayat (life), if it is stone it is called taşlık (made of stone).
[Municipal website]

Safranbolu Chamber of Commerce and Industry

Flag of the Safranbolu Chamber of Commerce and Industry - Image by Ivan Sache, 4 August 2019

The flag of the Safranbolu Chamber of Commerce and Industry (photo) is white with the organization's emblem.